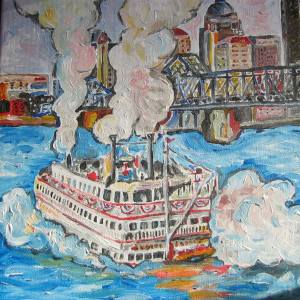 I can safely say this is the first piece of mail that IronPost has received that has required the acquisition of a new piece of equipment to listen to. As a twenty year old, I remember growing up with a few cassettes, but I think that even then, they were probably on their way out – making way for CDs and eventually for MP3s. That said, cassettes seem to be regaining popularity, and this compilation – spread over two cassette tapes – is stuffed with forty-six songs from Louisville bands. Much in the same way Louisville’s music scene isn’t devoted to one or two genres, this release is a (excuse the cliche) smorgasbord of sounds, jumping track-by-track from lo-fi indie, to hardcore rock, to jazz fusion unapologetically.

The quality of the music is superb, and though there were several groups and musicians who I’d never heard of, it’s clear that the folks at Gubbey were careful in picking good tunes for this release. And though plenty of bands I did know weren’t included on the release, most of them already have music that resides on some form of physical media – I’d say the majority of the bands on Head Cleaner haven’t had an opportunity to put their music out on something like this. It’s endearing, to say the least, to see so many bands and musicians – spanning ages, cultures, genders, and genres of all kinds – being brought together for a compilation like this.

In the meantime, I’ll be listening to Head Cleaner for the next good chunk of time – 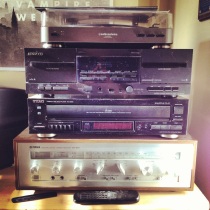 I’ve got some work to do in order to figure out how to navigate cassettes all over again. If you’re challenged by antiquated forms of musical media like I am, you’re in luck – the cassette comes with a download code that can be redeemed on Gubbey’s website. If you’re new to Louisville, to Kentucky, or simply want to find out what music is right for you in this massive collection of bands, I can’t think of much better a place to start.

If you’re wanting to catch some of this stuff live, and celebrate the release of this massive compilation, you can enjoy a series of shows on November 29th and 30th – click here to read more.

For the time being – until November 29th, when the compilation is released, that is – you can hear a handful of songs from Head Cleaner on Gubbey’s Soundcloud page.