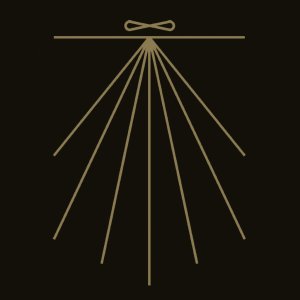 Back in July, Pomegranates announced they’d be playing one more show at the Southgate House Revival after having taken a nearly two-year break. The show was a vehicle to release Healing Power, an album that had gone unreleased since it was recorded in 2012 and 2013, and was a long-awaited reunion for the band and its fans. Though the album didn’t get picked up by any labels back in 2013, it was released digitally this past October through Bloomington, Indiana’s Winspear Records and as a run of one hundred sparkling gold cassettes.

For those familiar with previous Pomegranates albums, Healing Power might strike you as a little different than what you’ve heard before. Heaven was a collection of ten pop-perfect indie rock tunes and Everybody, Come Outside! was an intricate art rock opera. Despite the fact that it listens a little differently as an album, Healing Power certainly sounds like a Pomegranates record – it’s moody, poppy, dreamy, and the vocals of Joey Cook and Isaac Karns are distinct. What makes this album unlike other Pomegranates albums, though, is its texture. Kick drums and guitars and basses are overdriven, warbling synthesizers are higher in the mix – even on the softer tunes, things are noisier here, and it’s great.

It’s tough to tell whether the songs on Healing Power take themselves too seriously or not seriously at all – perhaps they take themselves just seriously enough. “Friends” starts with the announcement “this one goes out to all my friends,” and feels like the perfect way for a band like Pomegranates to say thanks to their loyal supporters. My favorite track of the album is “House of My Mortal Father,” a grungy anthem about Cook moving to a new city away from home – it ends with a combination of shimmering guitars, electronics, and at their reunion in October it was choreographed with windmill strokes on the guitar. “Hand of Death” is a totally ridiculous song, especially because of the minute and a half it spends pretending to end before Karns comes back to tell you “first rule in life: you gotta make sure that you’re alive” and “you gotta let go of death (see you later bad guys!).”

As intense as those three tracks are, they’re sprinkled between much spacier, softer songs. “Constant Companion” is a beautiful, drifting track tethered by a steady beat as Isaac sings choruses of “constant companion, I wish that I could see you, baby, but I’m blind.” “Taking it Easy” is a smooth centerpiece to the album, and reprises the tune of the intro and outro tracks before it gets carried out by distortion and noise. Another favorite of mine is “Soul Crossing,” another gorgeous track that burns slowly and dreamily as Joey sings “I feel like I’m a soul crossing the highway in the dead of night / can’t see where I’m going, but I’m sure it’ll be alright.”

Altogether, Healing Power is definitely different than other albums in the Pomegranates discography, but unmistakably a Pomegranates album, nonetheless. It’s a more than satisfying way of tying up the loose ends of the Pomegranates run, and certainly worth the extra wait.