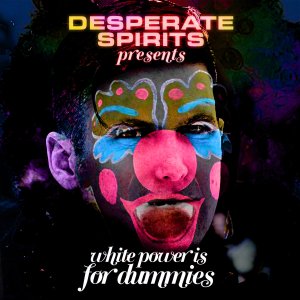 What a great response to the ‘dumpster fire’ that has been 2016. With the emboldenment of white power this year, a strong, unified response against it can be a source of hope. Here are twenty bands and musicians with ties to Lexington lining up behind the cause of rejecting this notion of bigotry and malice.

The sounds on the compilation are pretty far-ranging, though electronic music (in many forms) runs through it as a common vein. Ainsley Wagoner contributed “Deep Water,” a soft, folksy track driven by soft synthesizers and a clear voice – a few songs later is “Mia Zapata” by Vegan Death, a melodic indie rock song with a touch of grunge in the guitars. Jeanne Vomit Terror channels a dark, thick, heavy, industrial mood on “Youth Infection,” which is a favorite of mine – it’s chased immediately with the short, spacey ballad, “No One is Inside You,” by The Silver Masked Tenor. Auto Delta Time and Dr. Midnight put forth a story about a house in Michigan set to an aggressive beat – TFC follows right after with a lengthy, soft slow jam about the death of a great-uncle. “Little One” is a beautiful, dark, quiet track by Frigid Kitty with a thick texture – the compilation is closed by Carl Calm’s inventive arrangement on an Idiot Glee track.

For those that like Lexington and its music, this should be a great listen. That said, I’d imagine event the most ‘plugged-in’ local music lover will find a lot here they hadn’t already heard – the compilation shows off several musicians that don’t commonly release their music in recorded form. Go here and pay for a copy (proceeds benefit the Anti-Defamation League), and find something new.